Colt 1911 needs no introduction and neither does Kublai.

These two powerhouses have joined forces, so we present to you this one of kind gas pistol – the P4 pistol gel blaster.

All details are perfectly replicated to its royal origin, a pistol that has been invented for more than 100 years and been through two world wars and served in the US military for over 30 years. Best on the market so far no matter what they say. A classic of the classics.

Exquisite build quality has always been Kublai‘s signature. Astonishing look represents the best out of all P series.

Nylon build receiver but if I don’t tell you, you would have thought it is made from metal. However，hammer, trigger, safety switch and slide catch are all metal parts, which brings the weight to 0.64kg, very solid.

All Colt engraving and the little horse in the middle are replicated to its origin.

The half travel hammer safety function is also replicated on this gel blaster, all other parts work exactly like the real steel.

The unique partridge sight is also one of the most important improvements in the A1 model during the later stage of its military service.

Smooth movement on the slide and the recoil spring is much stronger than it‘s double ganger wannabe M1 made by Well Tech.

The magazine is another highlight which is 1911 standard 7 rounds single row magazine, the one and only on the market. not like all the other 1911 copies that use CO2 cartridge in the magazine which is a major turn off.

The enlarged valve on the slim magazine makes the airflow stronger than P1.

Overall a high quality Nylon Gas Powered Gel Blaster which is reliable and performs well but at just half the price of other brands.

***Please note: Gel balls included with Blasters from the manufacturer are generally of low quality and can often cause feeding issues, we highly recommend purchasing our high quality Hardened Gel Balls for the best performance***

Your gel balls are now ready to use.

Storage: Up to 2 weeks in an airtight container away from sunlight. For best results, store in water and strain when needed.

There are no reviews yet. 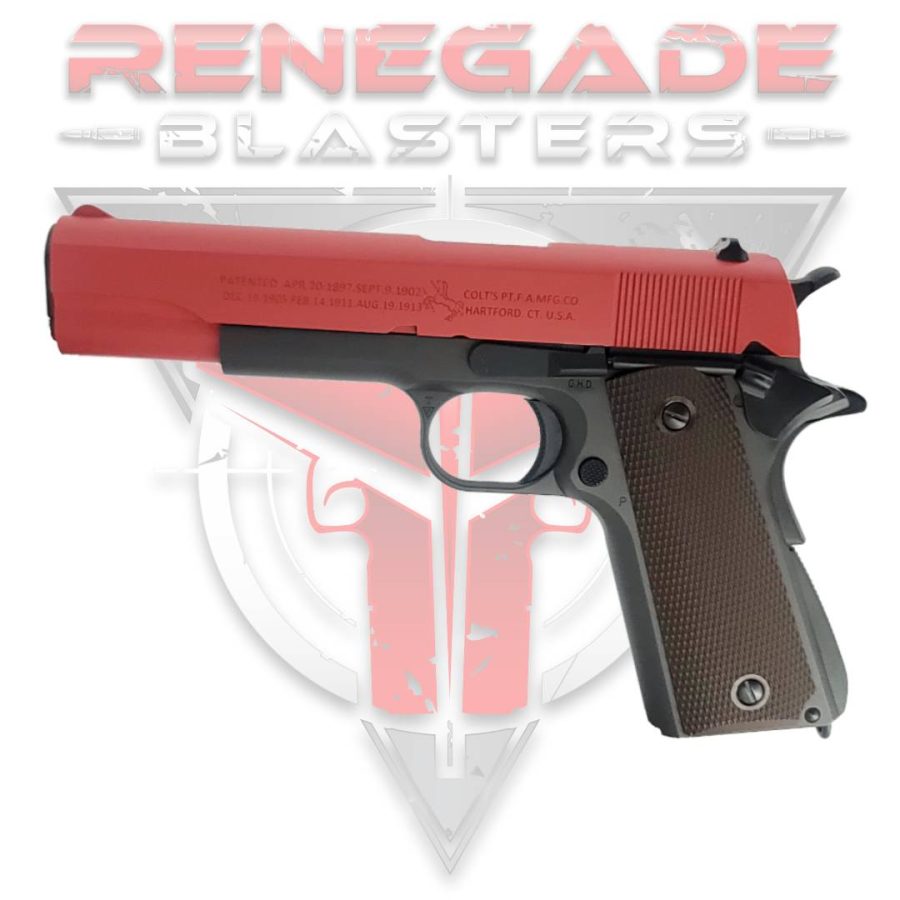