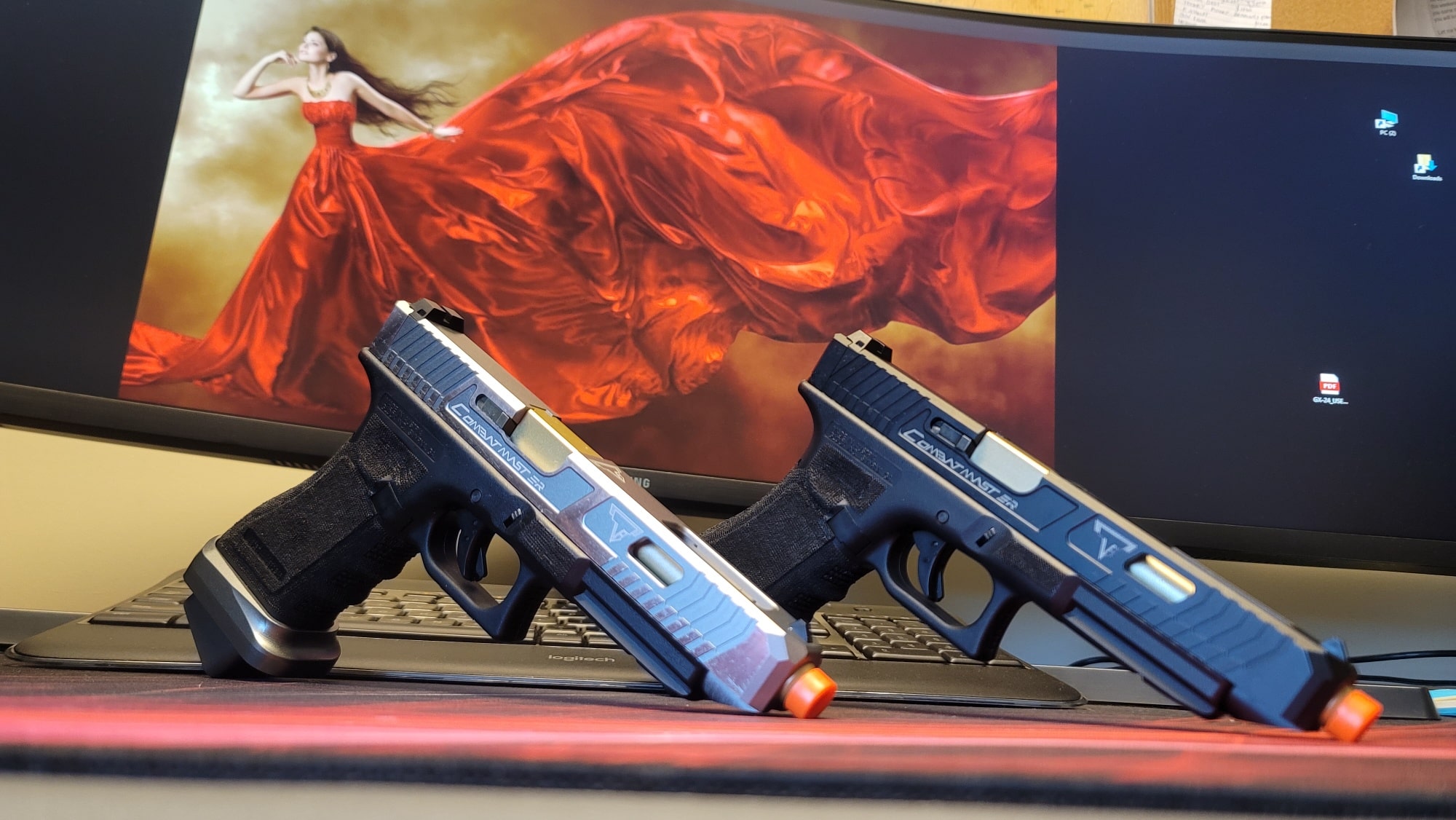 Gel Blasting – As far as Close Quarter Battle (CQB) games go, most folks know of paintball, the dominant player for many decades.

Some might also know of airsoft guns, Japan’s answer to the popularity of paintball.

But, gel blasting? What’s that now?

A relatively new player in the CQB arena, gel blasting has only been gaining traction in the last few years. Also known as gel balling, blasting involves trying to eliminate members of the opposing team by hitting them with many little projectiles called gel balls.

While paintball and airsoft gun pellets can hurt, gel blasting is much more forgiving. The mostly water-based gel balls disintegrate on impact, causing little to no pain.

Small 7 to 8 mm gel balls are used for ammunition that explode on impact, causing little to no pain.

The ball is composed of sodium polyacrylate, a very absorbent polymer expands 200 to 300 times when properly wet.

Crystal soil, orbeez, or water beads are widely used as ornamentation in flower vases or in the hands of children playing, are made from the gel ball material.

The spent ammo left on the ground in nature after a good game out fighting baddies with your friends will soon decompose. Despite this, it would be a responsible thing to clean up after yourself.

Since the gel ball is mostly water and a small amount of biodegradable material, you can even fire a gel blaster gun at home or indoors without making too much of a mess to clean.

While gel balls come in unsoaked pellets, soaking them causes them to expand between 200 and 300 times.

Unsoaked gel balls should not be left unattended near children or pets because of its capacity to expand.

If a pellet finds itself into a kid’s tummy, ear, or nose and comes into contact with water, it could potentially cause some discomfort or pain.

PLA plastic takes about a year to decompose but BS plastic does not decompose and has to be removed from the environment.

There have also been reports of dogs being sick from eating paintballs, although the amount ingested was unclear. (Source)

In addition to being less painful and kinder to the environment, gel blasting also happens to be more wallet-friendly than its other CQB counterparts.

Running costs involved ammunition, entry fees into the gel blasting area, and any upkeep you might need on your gel blaster.

The setup cost is entirely dependent on your budget, priorities, and personal preferences. While airsoft guns are in a similar price range with gel blasters, paintball guns can cost up to double.

A typical entry-level paintball gun will cost around $300, while a ready-to-use gel blaster will cost less than $150.

In addition, you’ll need body protection for paintball. Paintball can attest to the excruciating pain.

All you really need in gel blasting is a decent pair of safety goggles. New gel blasters usually come with an average pair that might not suit you once you get more into the game. A pair of good safety goggles will cost about $10.

Ammunition costs vary greatly across CQB games and these costs rapidly add up if you are a trigger happy soldier.

Paintballs are the most expensive by far, followed by airsoft pellets, then the affordable gel balls.

In contrast, that amount spent on good quality gel blaster ammunition will snag you around 30.000 gel balls.

Paintballs are 3 grams gel capsules packed with paint. It can travel at speeds of up to 250 feet per second when shot from a gun.

Anyone ever hit with a paintball can attest that it hurts!

If you are not wearing protective clothing or armour and are hit with a paintball in an unprotected area, you may develop a purple bruise that lasts for days. Paintball also necessitates the use of a full-face protective mask.

A typical airsoft ball is not as heavy as a paintball. They are plastic pellets about 6mm in diameter and weigh about 0.12 to 2 grams.

The plastic bullet is hard and will still hurt at close distances, drawing blood or knocking out a tooth.

Full face protection is not mandatory in airsoft games but always recommended.

In comparison, a gel ball is a larger 7 to 8 mm in diameter yet weighs a mere 0.2 grams. It has a biodegradable sodium polyacrylate skin soaked and swells approximately 200 to 300 times.

The gel ball contains 98% water and harmlessly explodes on impact.

Most guns shoot bullets that don’t leave or mark or cause any pain, especially if it hits thick clothing.

However, if shot by a high-powered rifle at close range, you might get a little red mark that might last a day or two.

It is nearly impossible to be seriously injured by a gel blaster until and unless the gel ball strikes you in the eye. Hence, eye protection is mandatory in all gel blasting games.

Give gel blasting a shot, and enjoy a safe, environmentally conscious way of shooting up some folks with friends!