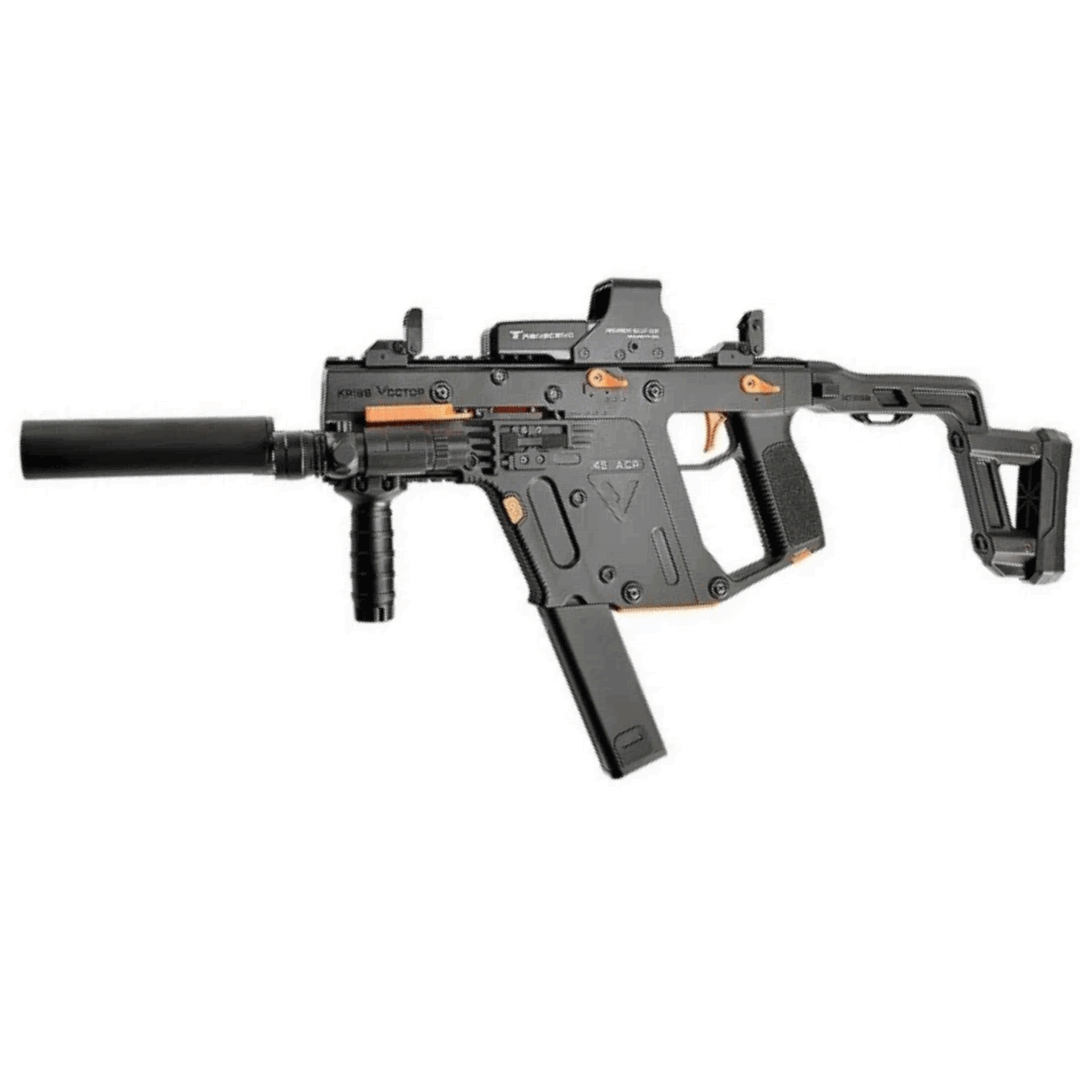 Now you’ve got your gel blaster, a couple of gel balls and some safety goggles, it’s time to go looking for a game!

You can contact a gel blasting field in your area to find out when they have open slots.

A gel balling arena is a great place to meet fellow gel blasters and make new friends that share your love for the sport.

There are gel blasting battlefields scattered throughout Queensland.

Be sure to book in advance and check on any legal requirement in your area.

Renting a blaster is a good way to try out different types of gel blasters even if you have your own.

That way you can find out if a certain gel blaster is a good fit for you for a future purchase.

A session in a gel blasting arena is typically 3 to 4 hours and will cost you 25 to 40 dollars without rentals.

Renting a gel blaster for a session will set you back about 20 to 30 dollars.

What can I expect to play in a Gel Blasting field?

It depends on the field, but common game types are:

A hot favorite these days is Battle Royale PUBG style. However, this style of play requires a large area and lots of preparation. It has to be planned more carefully than other easy-to-arrange types.

The most common game style, players are divided into two teams.

The teams start out separated in a base.

The game has a few variations, the most common is time-based, you count the kills and every time someone gets shot they have to go back to the respawn area, which may or may not be the base.

The team that has the most hits when the timer runs out wins. The game can also be played without respawn until there is only one team left.

Team deathmatch with respawns is a perfect game for a beginner since it gives you a lot of action in a short time.

It can also be played in various types of gel balling fields, from really fast indoor close quarter combat (CQB) arenas to open air fields with heaps of space.

If you play indoors, a submachine gun (SMG) is a good choice of weapon. If you play on an open field you might want an assault rifle, possibly with an SMG or a handgun as a secondary weapon.

A traditionally outdoor game that is sometimes played inside, although it requires quite a lot of space.

In capture the flag the teams start out in opposing bases that have a removable flag inside. The goal is to grab the enemy flag and bring it to your home base without the enemy getting hold of your flag.

The flag will be heavily guarded so you aren’t likely to simply charge in there and grab it.

The game ends when the flag is captured and brought into the enemy base.

Capture the flag is a bit more complicated than deathmatch and adds a nice adrenaline rush when you are sneaking into the enemy base to grab their precious flag.

Choosing a weapon is somewhat depending on what position you have. If you are going to be sneaking into the enemy base a short assault rifle (CQB style) or an SMG would be the choice.

If you are defending the home base or laying down cover fire for the ones going for the enemy flag, a full-sized assault rifle or a light machine gun is a better choice.

Defend the fort, or attack and defend as it is also called, is best played in a big outdoors area, although it is possible as well in a spacious indoor setting.

The players are divided into two teams, one is the defending team and the other one is the attacking team.

The defending team will be in a fort or some other defensible position, while the attackers are, well, attacking.

The goal is to, within a set time limit, either kill off all the defenders by shooting them, or manage to get a “bomb” into the fort.

The defenders are usually not allowed to leave the fort, unless killed, but there are variations, some will have respawn, some not, some won’t let the attackers into the fort except for planting the “bomb”.

Attack and defend is a good opportunity for a newbie to get to know the equipment. The defensive part requires a lot of shooting, ducking and reloading.

If you play the attacking side you’ll have to be quick on your feet, so use a submachine gun or a CQB-style rifle.

For the defenders, something with a decent accuracy and preferably a big magazine. A M249 light machine gun would be a nice one to have there with its 1000 rounds mag.

The good guys select one player to be the VIP and the rest of the team act as bodyguards. The goal is to get the VIP to a designated location without getting the VIP shot within a set time limit.

The choice of weapon depends on the layout of the playing field. A safe bet would be an assault rifle with SMG as a secondary weapon.

Predator versus Prey is basically like hide and seek with gel blasters. It is best played in an outdoor setting.

The players are divided into two teams; predators and prey. The game starts with giving the prey time to go and hide somewhere in the playing field. After the time is up, just like in hide and seek, the predators go hunting.

If a predator gets a hit on a prey, that prey turns into a predator. If a prey hits a predator, that predator is eliminated from the game.

Starting out like a good ol’ fashioned game of hide and seek, team Prey goes and spreads around, hiding.

While the predators go hunting, they have to proceed with caution as the prey can attack them just the same.

If a predator gets hit by a prey, he or she will be eliminated.

However, if the prey gets hit by a predator, they turn into one!

The game is finished when either team is out of players.

For this game an assault rifle with an SMG or a handgun as a secondary weapon is the best choice.

PUBG battle royale is a different style of game that requires a lot of setup from the field, so it is not a very common event.

The hugely popular game PUBG is available on desktop and mobile, with hundreds of millions people playing it. It starts out with the player parachuting out of a plane with no equipment.

Upon landing you have to find weapons, ammunition and other things like backpack, grenades, painkillers and so on.

It is played with teams of 1, 2 or 4 persons. The goal is to be the last team standing. The playing field is constantly shrinking, until only a few players are left.

The gel blasting version of PUBG is based on the part where you start with no equipment. Too bad, there’s no jumping out of planes!

The first thing you do is go find weapons and ammunition.

The field will have plenty of guns and ammo that has been prepared for you to find.

Be cautious if you see a really awesome gun lying around in the open; it may be a trap with a nearby sniper!

After you locate equipment and are all geared up, it is basically standard deathmatch, except you have no refill of ammo unless you find a mag that fits the gun you are currently holding.

The winner is the team that still has an active player alive when all others are gone.

PUBG gel blasting has to be played in a big area with at least 8-10 people to keep it interesting.

The uncertainty of what type of equipment you will find is the fun part of the game. Any PUBG player knows what it’s like to finally find a kickass gun!