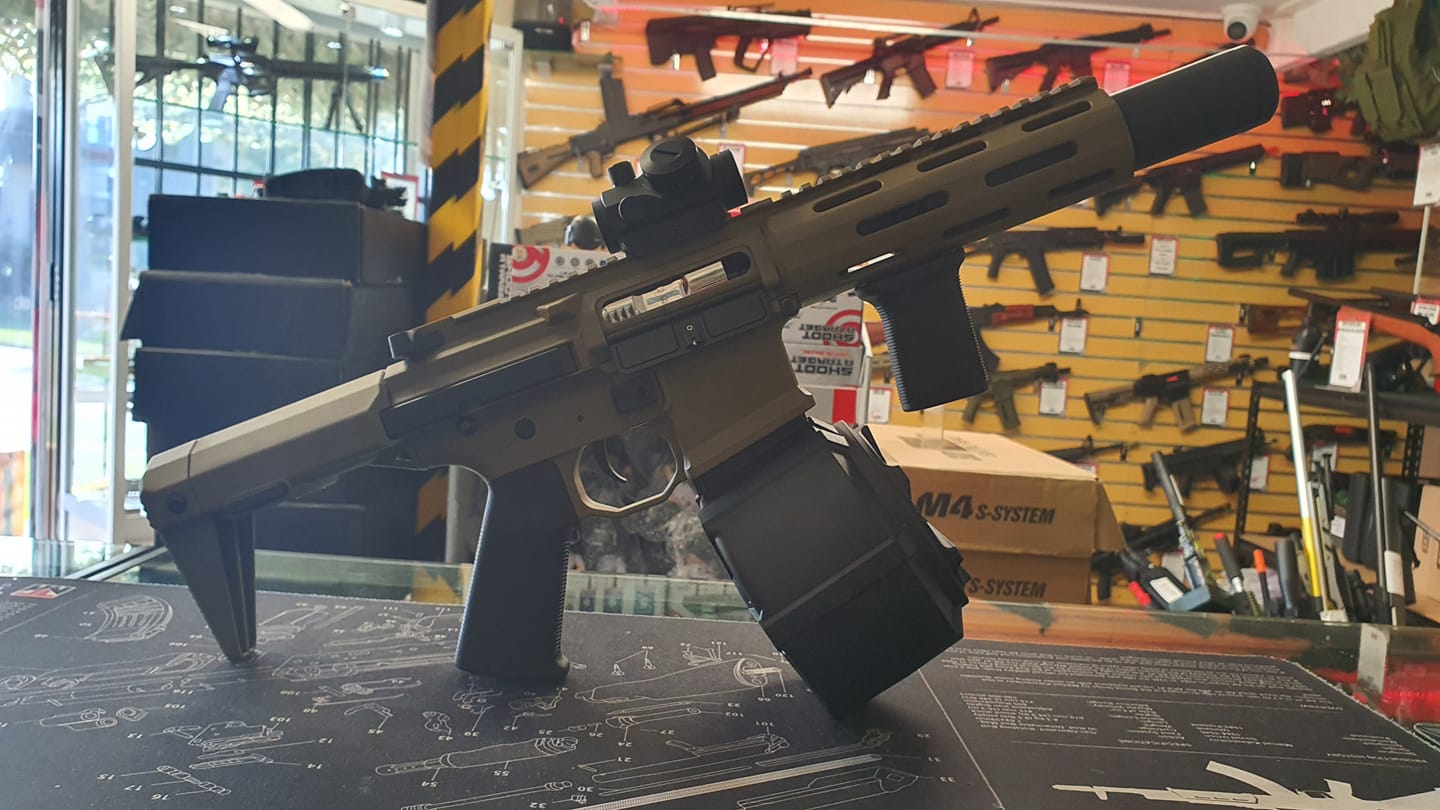 Welcome to the world of Gel blasting! You’re in for a world of healthy, safe fun, so put Gel Blaster Game on your Post-Covid bucket list.

Gel blasting is a relatively new game played in a CQB (Close Quarters Battle) skirmish. It is similar to paintball but follows an airsoft-like honor-based game, as players show no signs of getting shot.

Gel blaster guns shoot gel balls. They hurt way less than paintballs and are made up primarily of water.

An extensive range of guns is available, from pistols and handguns to rifles and machine guns. The weapon you choose to use will depend on your position in the team. More on that to come.

In addition to buying your weapons, gel blasting is a team game, and you’ll need to build your team.

When you decide to start a new team, there are several crucial things to consider.

Recruitment can be done by asking your friends or on social media, Facebook, and forums. Pick a cool team name before you start recruiting and screen potential members well to build a tightly-knit group that functions well in tactics and strategy.

So, how many team members do you need? While anything more than one person can be considered a team, a typical team in Gel Blaster game has four to six members.

Keep a combination of experienced players and newbies to mix it up and make things interesting for everyone. Larger teams can be split up to make sub-teams that can also go to battle with each other.

A typical team of six can include:

The most experienced and physically able team member, the leader is the team’s primary tactician and strategist.

The leader uses a multi-purpose weapon like a light machine gun and is typically kept in a position away from the front, yet close enough to keep track of the entire team and give instructions when needed. A team leader can be a Rifleman or a Support Gunner but should not be the Point Man or Sniper.

The Rifleman is the most common role and the most versatile. As a Rifleman, you will most likely be carrying an assault rifle that is not too heavy or bulky but sports loads of firepower and is effective at medium to close distances. But the M4A1 is an excellent choice for a Rifleman’s weapon.

As a Support Gunner, you are responsible for protecting your team from a medium distance in Gel Blaster Game.

Gunners can pin the enemies down by suppressive fire while the Rifleman sneaks up and eliminates them. Gunners also lay cover fire when the Point Man rushes a building or room.

A Support Gunner will be sporting something like the M249 LMG (light machine gun) and possibly an SMG (submachine gun) like the UMP-45 for close combat. A light or medium gun works best as heavy guns are slow to swing around.

With a potentially short lifespan, the Point Man can be a perfect position for a newbie. Although cruel, it might be a good tactic to win the overall game. Think “sacrificial lamb”.

The Point Man is the first person to go into the building, supported by cover fire by the Support Gunner. A light, short-range gun should be used, like the R2 Super Shorty. This can be backed up with a submachine gun.

The Sniper is the eagle-eyed, sharp-shooting protector of the team, dishing out damage from a distance and picking enemy troops off one by one.

Snipers should also carry a sidearm as a backup, should they be unluckily stumbled onto by an unknowing enemy troop. Sniper rifles are no good at short range.

A commonly used high-power sniper rifle is the Bolt Action MBO5 that has a 30m range.

Proper communication is the secret of any successful team effort, gel blasting included. Nominate your team leader that has total control over the game, no questions asked. A battlefield is no place for democracy.

The team leader position can be changed in each game, giving the experienced players a chance to dictate tactics and strategies for different games.

If you happen to know your opponents, look for any weaknesses and downplay their strengths. Just remember, they are likely to do the same.

Once you have a basic plan, you should think of what to do when it fails. Plan B’s and C’s always help when things go south.

When things start to fall apart, obeying the leader’s instructions is even more critical to get the team out of a tough spot.

A leader that falls apart when the game does will have team members running around like headless chickens while getting picked off one by one by the snickering enemies.

Be aware of where your teammates are at all times and what they are up to.

Do not be shy of shouting for help if you don’t have radios. If you are pinned down, then your position is already known.

Hopefully, the enemy is too busy spraying you with bullets to notice your teammates sneaking up and taking them out. Experienced players will use the enemy’s preoccupation with the teammate in trouble as an opportunity to take them out.

Regardless of the strategy being executed, flanks are an often forgotten area.

Protect and control the flanks, using them to your advantage. Communicate with teammates on the opposite side to let them know what’s going on. The key is to prevent the enemy team from controlling either of your flanks, leaving the entire team open to attack.

Keeping yourself hidden is known as camping, and no one likes a camper. Only snipers can be allowed to camp. Where’s the fun in staying hidden in a war game anyway?

Move speedily around, but seek cover fast and always keep an eye on parts of the body unsheltered by the cover. Feet, knees, and elbows like poking out from shelters. The stock of a rifle or barrel poking out from behind the shelter is a dead giveaway of your location.

When you decide to move off from the cover, you should already know where you’re moving to. Move fast and with as little exposure as possible to your next nest position.

If there is no shelter around, your best bet is to make yourself as tiny a target as possible by crouching as low as you can or going flat on the ground. This will significantly reduce the area exposed and give the enemy troops a smaller target to hit and a greater possibility of missing.

How you fight from cover is equally important. Right-handers prefer sticking out from the right sides, of course, and vice versa for the lefties. If your enemy team knows this, they will focus on whichever side of the cover from which your attack is likely to come.

A good practice is to switch gun hands frequently and try to be ambidextrous. Practice firing from both hands, and you’ll be able to attack from either side of the shelter and potentially surprise the enemies.

Depending on the makeup of your team, there will be various types of guns.

Assault rifles and submachine guns are versatile guns that Riflemen and Gunners can use.

Snipers use sniper rifles, and a good gun for the Point Man is a shotgun. A Sniper would do well with a backup handgun for close-range shots.

Crappy guns can lead to frustration and spoil a lot of fun. Many outlets sell decent equipment for a reasonable price.

You might want to add a mesh protecting your lower face from getting hit by a gel ball. It can sting a bit if you get hit in the lip or mouth.

Comfortable running shoes should be used in gel blasting games. Football shoes can even give that extra grip when used on grass.

The clothes you wear entirely depend on what you’re comfortable in. Long pants and sleeves are recommended to protect your skin from a hit by a gel ball. Although relatively painless, a gel ball from a high-powered rifle at close range can still sting.

Gel balls disintegrate into water, so don’t worry about destroying your good clothes.

Unless you are hiding in some cover, keep your gun in a firing position, barrel pointing forward, ready to pull the trigger if an enemy pops into view.

Hold your gun as firmly as possible and have arms tucked to the sides. You’ll be as steady as possible while presenting a smaller target.

Keep your gear in shape

The T-Piece is the tube that connects the magazine with the gearbox and barrel. It has to be checked regularly for mud, dirt, grass, and gel ball residue build-up. The same goes for the hop-up at the end of the barrel.

Any obstructions in the T-piece or the hop-up can hinder the precision of your gun and reduce the power and range of outgoing gel balls.

Now and then, also check the rubber parts in your gun. When they wear out, the accuracy and power of the weapon will decrease.

Keeping your gel blaster clean on the outside is also essential. Water, dust, and grime can build up on the exterior and cause you to lose grip or waste energy over-gripping.

Make sure your battery is in good condition, and look for bumps, bulging, cracks, and leaks.

Cracks or leaks mean that they need to be replaced, while bulges usually mean they have been overheated. Bulging batteries can be caused by overcharging the battery, a deep discharge, or physical damage.

A flat battery is an awful thing to have on a battlefield, and a damaged battery can overheat and damage your equipment.

In addition to short bursts of movement, you’ll need the stamina to move throughout the game without tiring.

A fast-moving target will always be more challenging to hit than a slow-moving one, so work on those sprints and go for occasional runs to keep that cardio up.

Can’t wait to start? Take a look at our handy FAQ page to learn more about gel blasting and our guide on selecting the best gel blaster gun for you.

As always, check the legality of gel blasters in your state and don’t break any laws! Have fun!

Blog created and optimized by: The Digital Guruz, London Based SEO Experts